The Art of Sherlock Holmes: The Pearl of Death 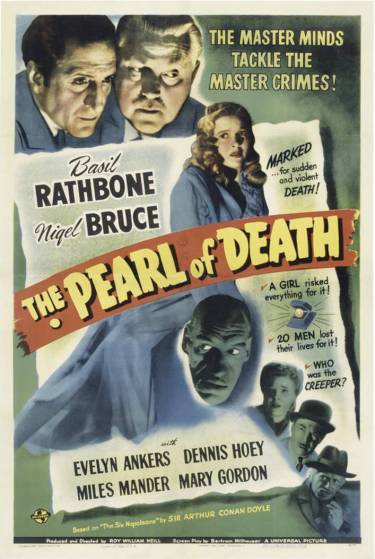 This ninth entry in the Rathbone-Bruce series (from 1944)  is notable mainly for the appearance of Rondo Hatton as The Creeper. Hatton's facial deformity was the real thing. He was gassed while fighting in WWI and contracted a disease that messed up his pituitary gland. A bit player until landing his role in this film, he made two more movies as The Creeper (a different character) and had a major part in The Spider Woman Strikes Back. He died in 1946.

The Pearl of Death was loosely based on the Conan Doyle story "The Six Napoleons". The 1-sheet (above) is notable mainly Holmes and Watson appearing to be two heads on the same body. 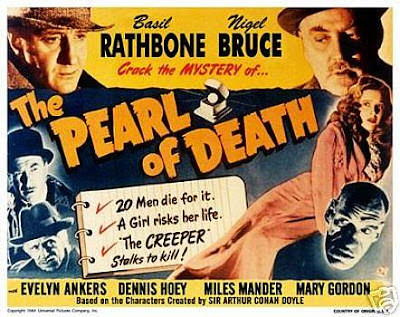