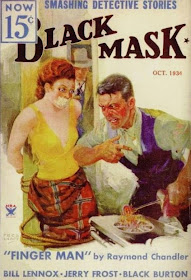 I have not examined the original appearance of "Finger Man" in the October 1934 issue of Black Mask, but as reprinted in the 1947 Avon digest below, the detective narrator seems to be unnamed. That changed when the story saw print in the 1950 hardcover collection The Simple Art of Murder, and it has been reprinted as a Philip Marlowe story ever since.

So, the HBO series Philip Marlowe, Private Eye was not breaking new ground when they presented this as a Marlowe story when it was broadcast back in 1983. Give it a look see. 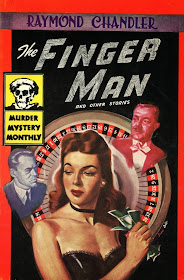 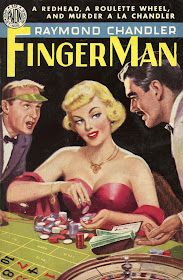 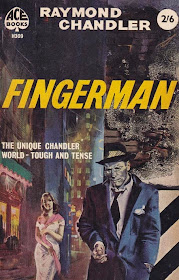 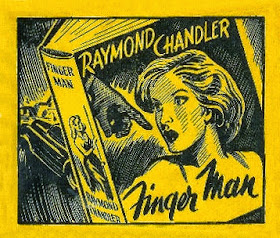 Get your Overlooked Film fix at Sweet Freedom.
Evan Lewis at 5:00 AM
Share