THE SHADOW Dailies: "The Riddle of the Sealed Box" Part 8 (The End)

Previously on The Shadow: Just before his death, the mayor sends a box of dirt on the local graft ring to retired businessman Richard Whilton. Whilton, of course, is promptly bumped off, and the box stolen. The Shadow makes the scene, finding a coin dropped by the killer, but the cops burst in and he has to fight his way out. On the way, he promises Whilton’s daughter Eunice to set things right.

Lamont Cranston then paid a visit to community reformer James Belver, who suspects the dead guy’s attorney, Rufus Voggle. Voggle enters and casts suspicion on Eunice’s out-of-town fiance, Larry Sherrin. Spotting an ad for the coin in the Lost and Found, The Shadow flits over to the address in search of the killer. Instead, he finds the sealed box. Picking it up triggers an alarm, and the cops chase him to the roof, where he falls through a skylight to certain doom.

When his fall is broken by a rising elevator car, he thrusts the sealed box into the hands of the man inside. He thinks this guy is the killer, and wants him caught with the evidence, but blundering cops allow the the guy to escape. Cranston then has another encounter with suspects Voggle and Sherrin, and reformer Belver. He gets good news: The police chief tells him he'll start working with the Shadow on the case. And bad: He gets a note addressed to the Shadow, telling him to get out of town. Is his identity blown? He asks Eunice to open is briefcase, where she finds his Shadow duds. Donning them, she distracts a would-be assassin and throws him off the scent.

New developments: The Shadow learns that Eunice's father left Larry Sherrin 50 Grand in his will. Lawyer Voggle enlists Larry's snaky ex-girlfriend Theda Morenz and her shady pal Nick Kromer to brace Larry and find out if he has the sealed box, but Eunice and the Shadow bust in to spoil their play.

Larry escapes the trap, but Voggle sends Theda to try again at Larry's apartment. There he finds the box, which he's never seen before. As the cops bust in, he tosses it to the Shadow, who plunges out the window and falls to earth, where he's almost senseless, and at the mercy of Theda and Nick.

Theda turns the unconscious Shadow over to Voggle. Then, learning the box is in Voggle's safe, she double crosses him and sells the combination to Belver. As Larry heads to Voggle's place for a showdown, the Shadow escapes, finding a mysterious note guiding him to a car and his gun.

The Shadow follows Eunice and Larry to the Cairo club, where they confront Theda, and are nearly captured. Our hero helps them escape, and they head to Voggle's for the showdown. But the cops chase the Shadow away, his car goes over a cliff, and he's left hanging from a tree, where the cops have the drop on him . . . 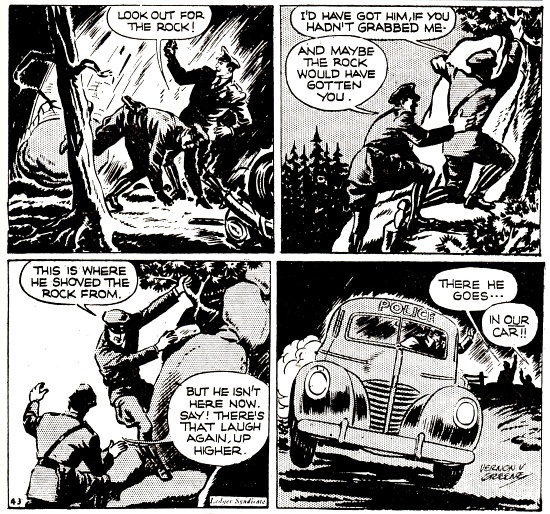 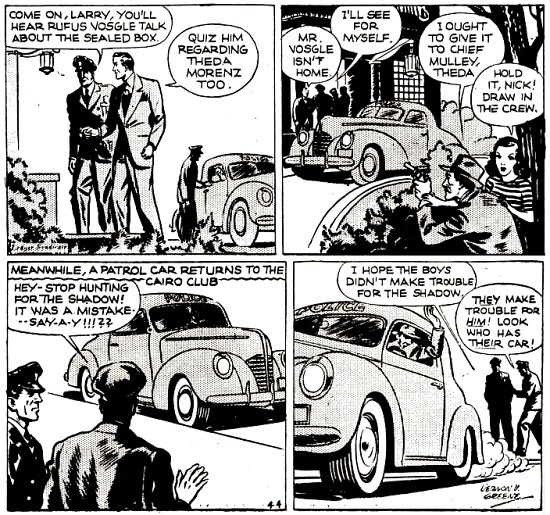 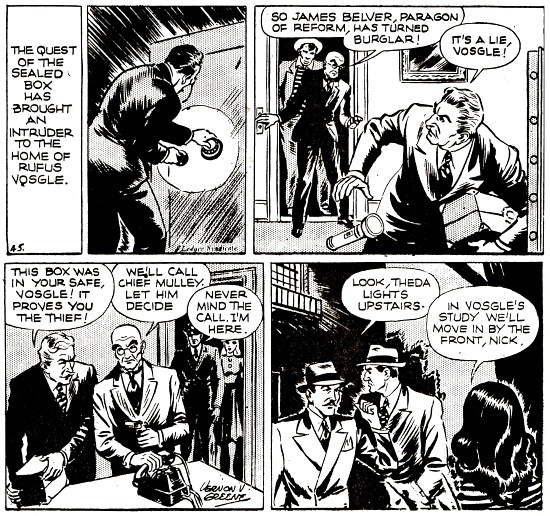 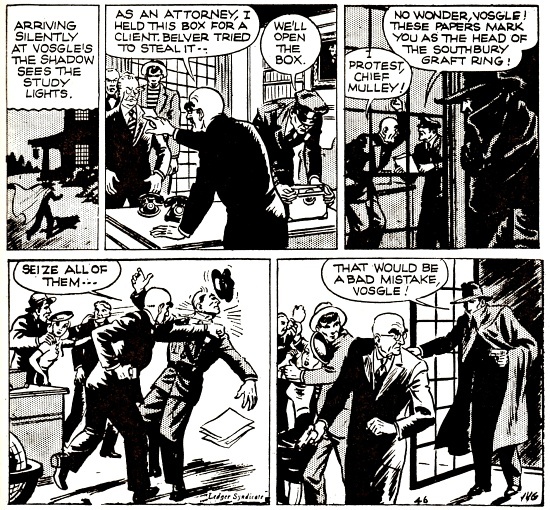 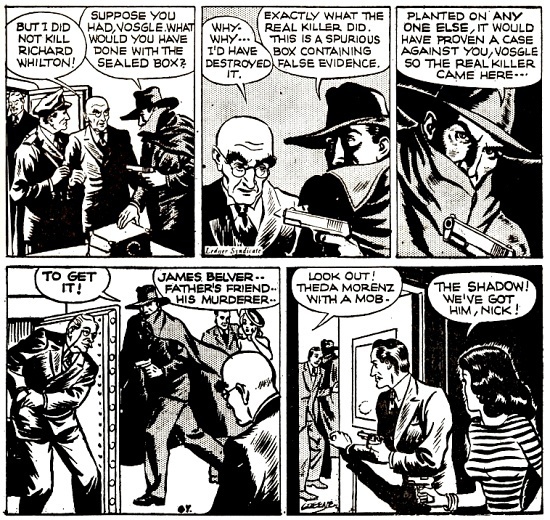 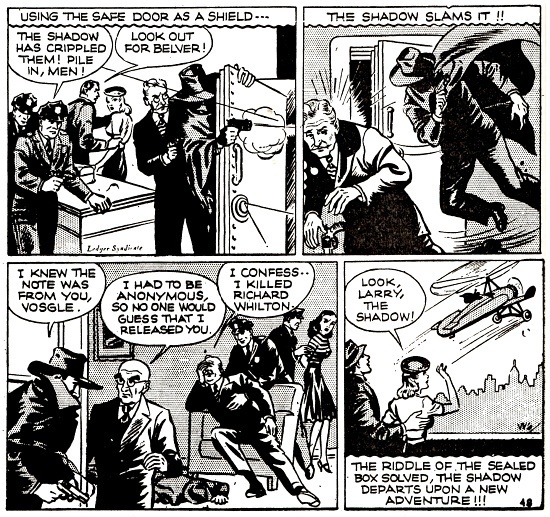