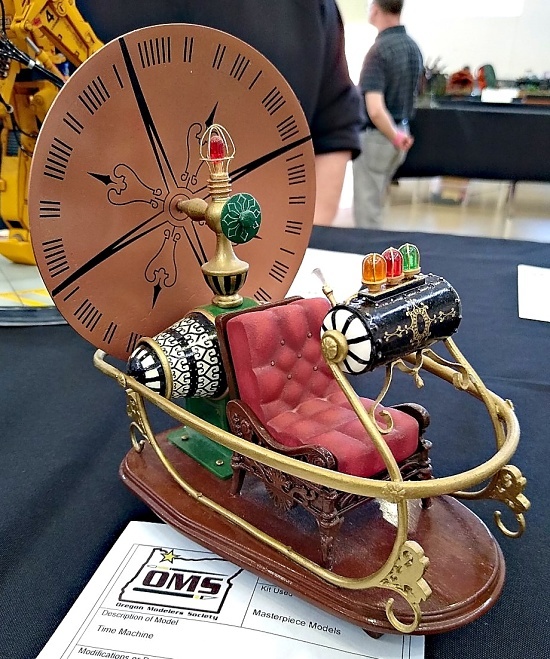 Misters D. Goble and B. Napier visited our fair city recently to attend a model show, so Mister T.J. Gaston and I dropped in to visit the visitors. And thereby saw a passle of models. The vast majority of them were WWII tanks and planes, with a few subs, ships and WWI planes thrown in for seasoning. There were also plenty of cars. Most of that stuff was very skillfully done, but failed to float my boat. I did, however, spot a few oddball items that did. 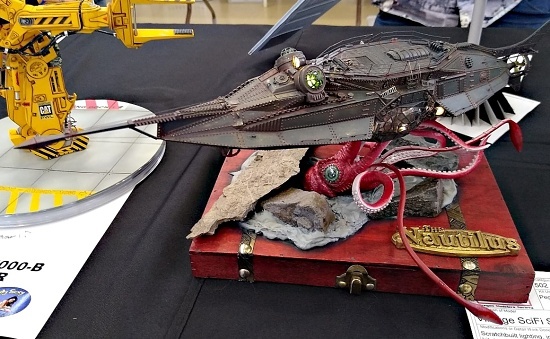 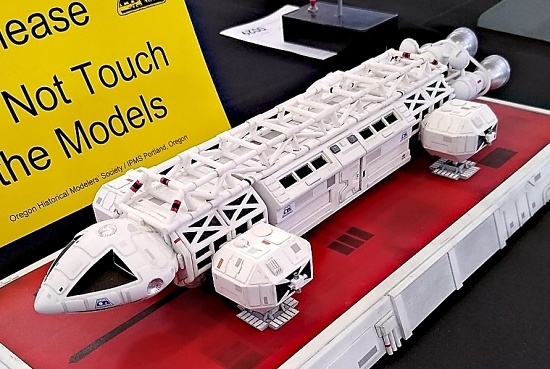 This one was a flight down memory lane. When Space: 1999 was on the air, Rick Bilyeu and Mike Eisenbies used to come over to my place to watch it. One day they presented me with this same model kit. I painted every panel a different color, making it look way spacier than the original. Do I still have it in a box somewhere? Maybe so. 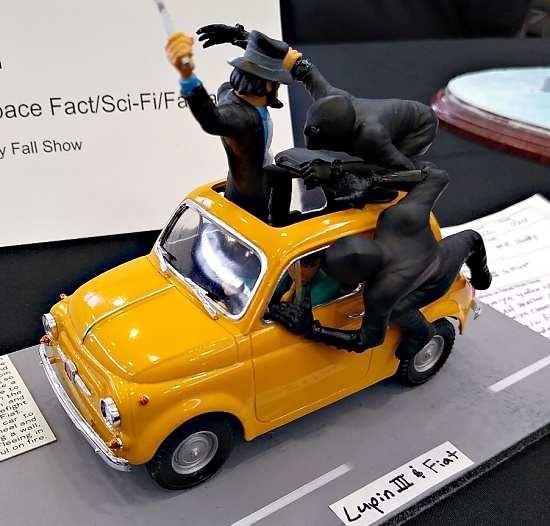 After seeing this, I learned that Arsène Lupin III is the subject of a Japanese manga series. Jeez, I haven't gotten around to reading Lupin I yet. 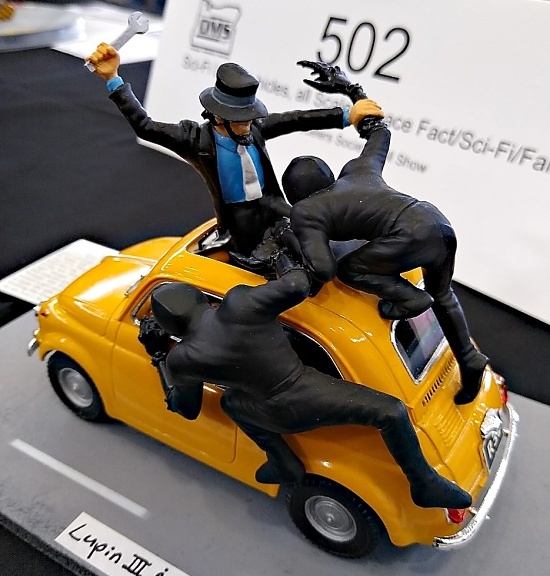 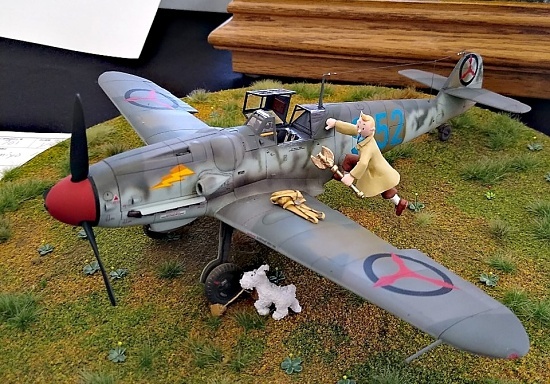 All I know about Tintin is that Rick Robinson has a picture of him in his bathroom. Makes a model plane more interesting, though.
Evan Lewis at 4:00 AM
Share