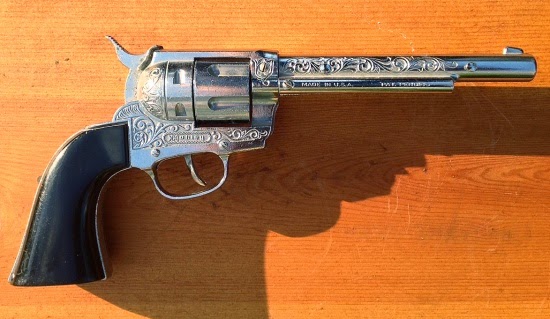 At twelve inches long and nearly six inches tall, the Hubley Ric-O-Shay is second largest western cap pistol I own. (I posted of video of the biggest, the sublime Hubley Colt .45, HERE.) This one is even bigger than most real real handguns, and it makes a cool ricoshet sound (hence the name) as the trigger snaps back.

It has no connection, other than pronunciation, to Stan Lynde's long-running comic strip featuring cowboy hero Rick O'Shay. Hubley also made an unimpressive Ric-O-Shay Jr., which we'll see further down the line. 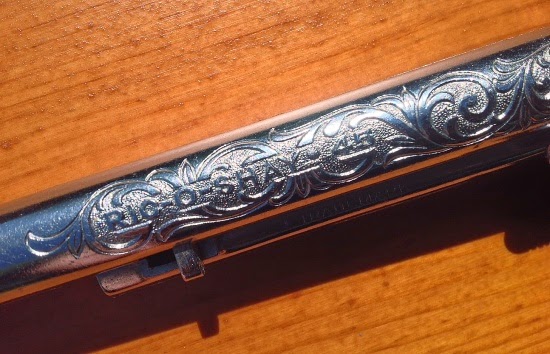 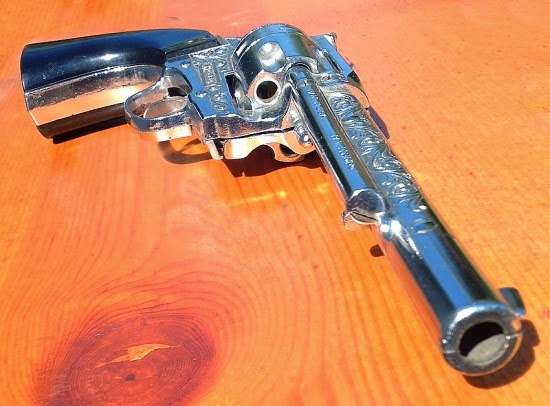 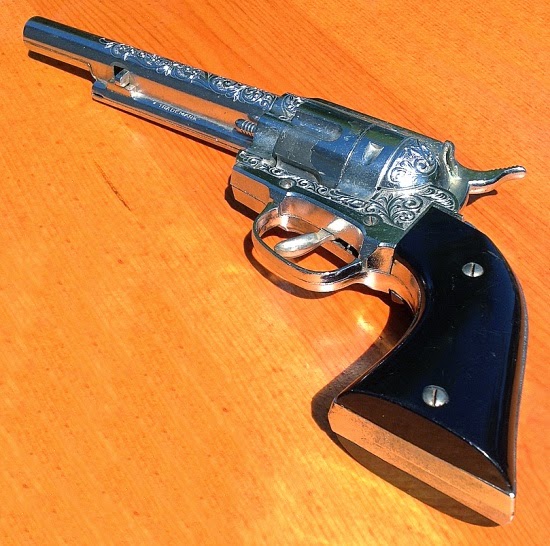 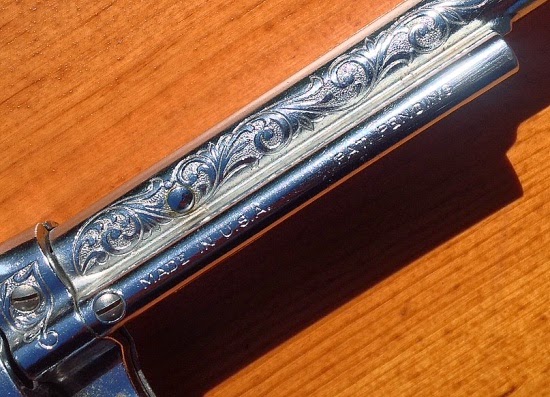 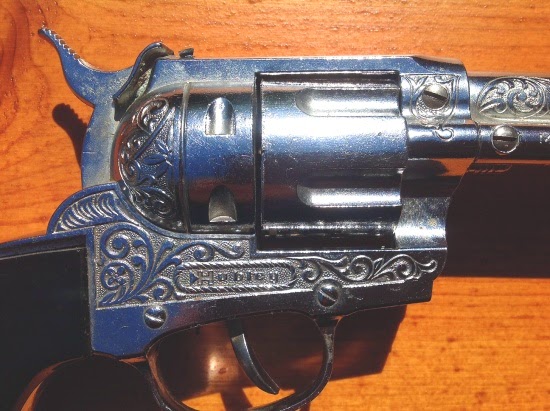 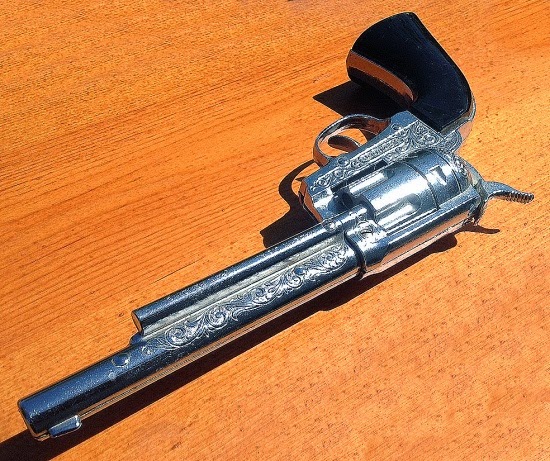 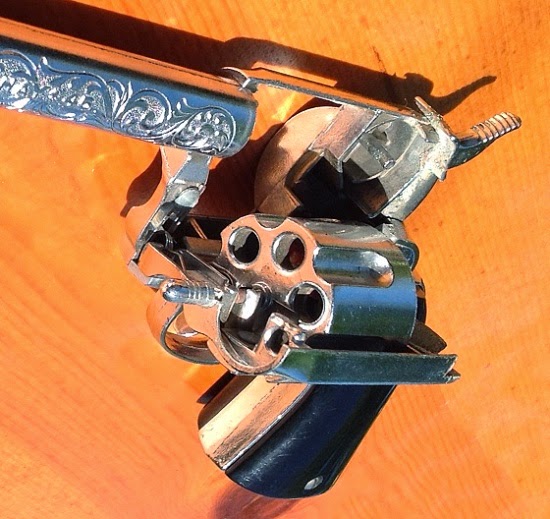 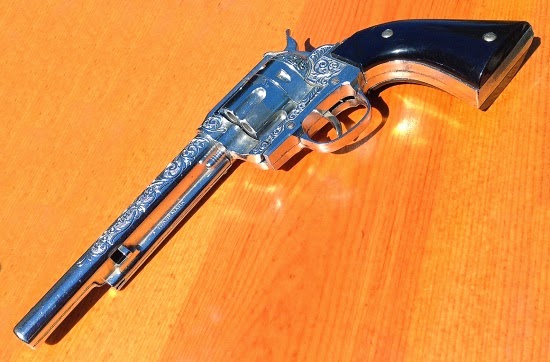