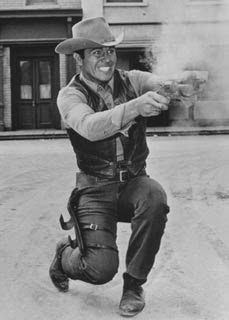 The real John Ringo, as you may know, was a cow thief. Films like Tombstone have portrayed him as a particular rival of Doc Holliday, because someone once said he was better educated than the average cowboy. The most interesting thing about him is the mystery of his death. He was found sitting against a tree with his boots missing and a bullet hole in his head. One unlikely theory, attributed to Wyatt Earp, says that Earp and Holliday returned to Arizona in 1882 (despite being wanted by the law) to do the deed.

In the 1959 CBS series Johnny Ringo, our man Johnny was your typical good-guy sheriff, who just happened to have a bad guy past. The series only lasted one season, so it did not foster a boatload of merchandising. There was, however, one comic book (Four Color 1142, 1961), several cap gun sets from the Actoy company, and a Marx playset.

Unfortunately for Marx, the show was cancelled before the set went on sale, so the playset had a very limited run. As a result, it's now an extremely rare set, and Johnny is one of the rarest of Marx figures. If you find him lurking in your toybox, he could bring you several hundred bucks.

Here's a full episode of the show, complete with educational commercials for Kent Cigarettes. 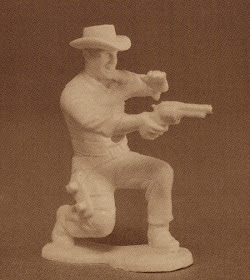 The super-rare Marx Johnny Ringo figure, obviously based on the still above.
Not even super-collector Cap'n Bob Napier has one of these. 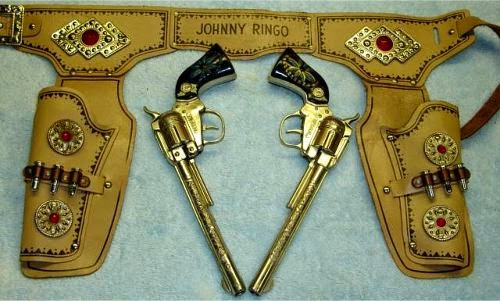 These cap gun pics are featured on the world's most
amazing cap gun site, nicholscapguns.com. Check it out! 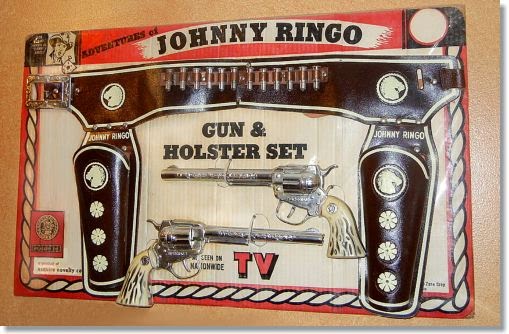 In the show, Johnny's gun has extra barrel bearing
a shotgun shell. Too bad the cap guns didn't. 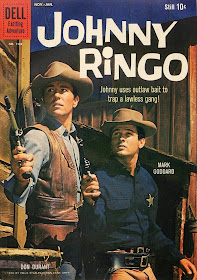