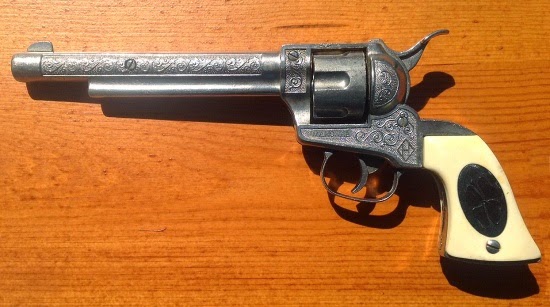 Halco was a toy distributor that had guns made by other companies (Hubley and Leslie-Henry among them) and put their own brand on them. This model labeled "Marshal" was clearly made by the Nichols company, and, except for the long barrel and grips, looks very much like the Nichols Stallion .38 (coming soon). I'm not aware of any grips like this in the Nichols line, but I believe I've seen this four-leafed clover on a Leslie-Henry gun. Like the Stallion .38, this one did not break down to load caps. Round caps were placed inside the shell of two-piece metal bullets and loaded directly into the rotating cylinder. 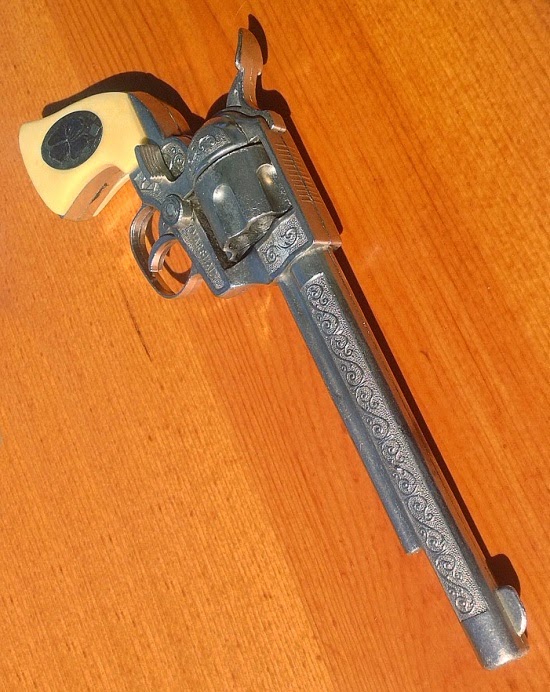 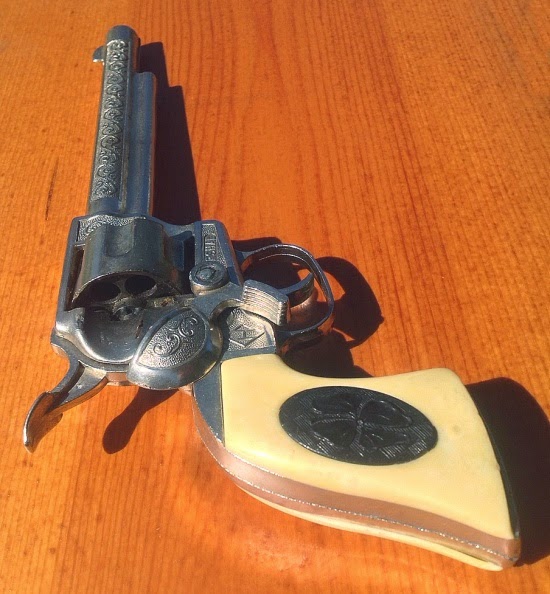 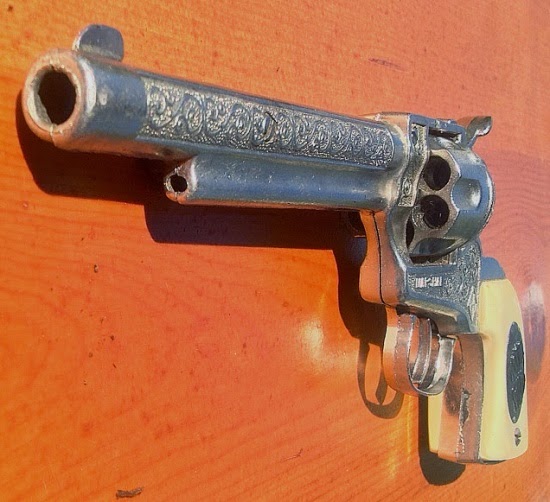 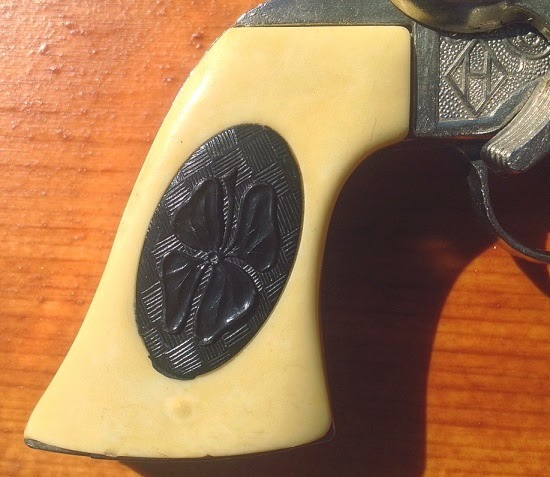 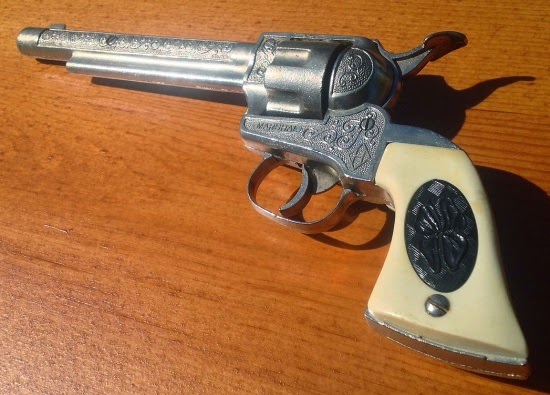 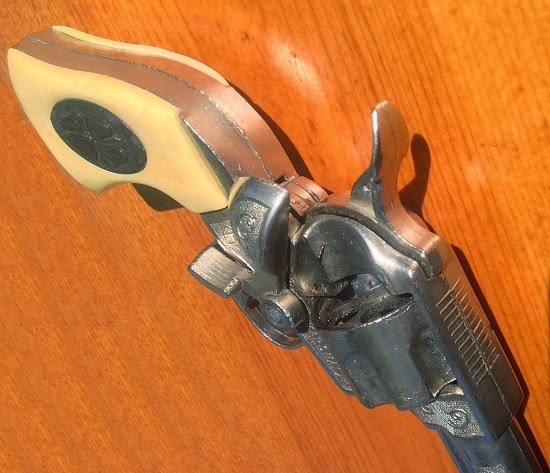 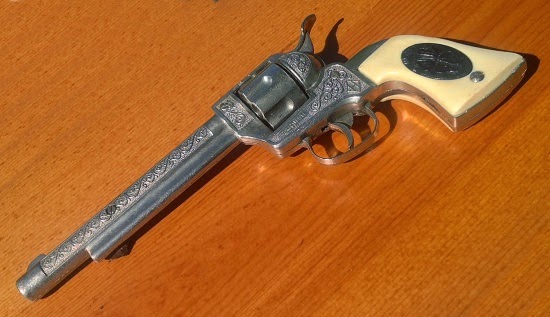 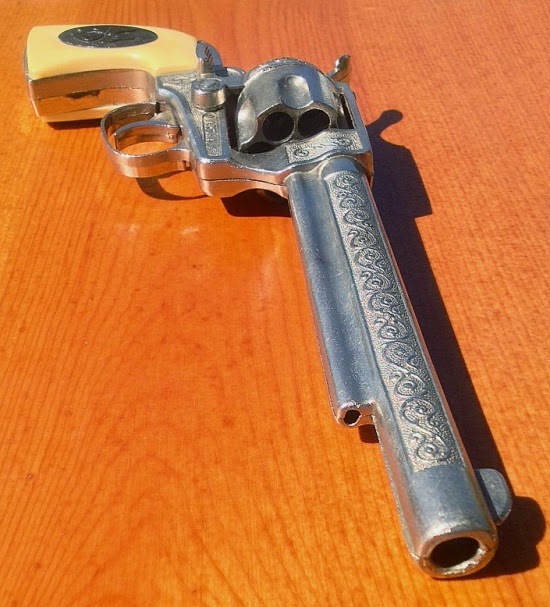 My Cap Gun Arsenal is HERE.
Evan Lewis at 5:00 AM
Share